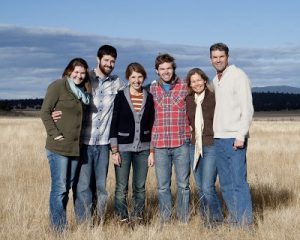 Dennis recognizes the beauty and power of free-market systems in solving modern problems of governance. He has been an outspoken advocate for the traditional, conservative principles of Liberty. While serving on the Board of County Commissioners, in Klamath County, Oregon, he gained first-hand experience in dealing with federal over-reach. Today, he has vast expertise in dealing with federal bureaucracies and the community harm that stems from their needless interventions in predominantly local issues.

Dennis received a Bachelor’s Degree in Economics (UCLA) and a Master’s Degree (BIOLA University) but these are only minor accomplishments among his life’s many and varied experiences.  Dennis and his wife, Diane, home-schooled their own children (K-12) and both have natural instincts as a teachers. Dennis enjoys watching new ideas blossom where clear logic and common-sense principles prevail.

His career started at Hughes Aircraft in software and database application development. He worked at the Communications and Data Processing Division and the Micro-Electronic Circuits and Semi-Conductor Divisions within the Hughes organization. These facilities designed and manufactured micro-electronic components for medical, military and large-scale communication platforms.

Dennis also excelled in strategic, managerial and technological expertise for large-scale data systems. After having served in Vice Presidential and Senior Vice-Presidential capacities for real-estate and insurance service industries, Dennis began looking for new opportunities. “We were surveying entrepreneurial options across rural America, when Southern Oregon came to the top of our list,” Linthicum said. He, and his wife, Diane, eventually brought their family to Oregon nearly 20 years ago.

Linthicum is the founder of the Dirt Road Economist, where he spotlights issues of concern to all Americans, including the loss of individual freedom and economic opportunity caused by unconstitutional political meddling. These intrusions are so common and seem so normal that the average American has little to no idea of how far our Nation has strayed from our Founder’s original intentions.

Dennis says, “Our individual creativity and our personal ingenuity are the best tools we possess and those are constantly being hammered by the know-it-alls in congress. We don’t need any more rules or any  more legislation. What we really need is less.”

Linthicum continued to explain, “Legislation always starts with laudable goals but even these are never achieved. What we get, instead, is government over-reach, increased costs, more regulators, and more arbitrary red-tape. Plus, the odds for success stack against entrepreneurial endeavors because there’s some rule, in some book, on some shelf, in some bureaucrat’s office that won’t actually allow that dream.  It’s simply ridiculous.”