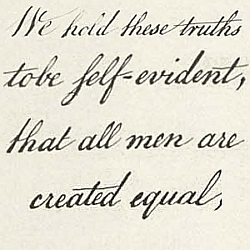 Our founders weren’t suggesting that governments should be done and undone like disposable diapers. They were aware that mankind is, “more disposed to suffer… than to right themselves by abolishing the forms to which they are accustomed.”

Yet, this is where we find ourselves. We are suffering under the weight of the modern Leviathan, 1)  because we have slowly become accustom to government controls and 2)  because many people profit from the corruption pulsating throughout the system.

Our original American designs have been transmogrified from institutions that were engineered to secure our rights and ensure our freedoms. Now they have become organizations that demand our strictest obedience and compliance with what is acceptable to the so-called “majority.”

This follows the same technique that was used by Lenin in the 1917 Bolshevik Revolution. At the time, in Russia, there were many factions seeking government power and control. One group was the Russian Social Democratic Workers’ Party, which was a Marxist organization. It was a small party and it was split amongst two competing subgroups: the Mensheviks (“minority”) and the Bolsheviks (“majority”).

The Bolsheviks actually represented the “minority” because they were the smaller of the two factions. They successfully acquired the name “majority” after an internal party-wide campaign to acquire the name.

The Bolsheviks represented the small faction led by Lenin. Lenin successfully used this “minority” to organize his violent and revolutionary opposition to the czarist government. They propagandized, campaigned and used violence to spawn factions among the populace and they created enormous divisions across regional boundaries. 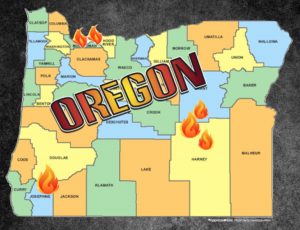 Across our nation we can witness, daily, these same destructive tendencies that fomented the minority sponsored Bolshevik revolution. In America, we can see the echo of these progressive redefinitions, where ideas shed their traditional meaning to correspond to the latest populist ideology.

Ten years before the Bolshevik revolution, American author, J. Allen Smith wrote his own progressive redefinition as follows, “True liberty consists not in divesting the government of effective power, but in making it an instrument for the…prompt enforcement of public opinion.”

This redefinition is nothing more than an attempt at spit and polish on the arbitrary chains stemming from some arm of bureaucratic control.

Look at recent events in Oregon.  Have these people been heard, treated fairly, set free or shackled?

President Woodrow Wilson was a big government guy. During his presidency he felt that businesses had gotten the upper-hand and that more government interference was needed as a legitimate check. He knew big industrialists who were, “afraid of somebody, are afraid of something. They know that there is a power somewhere so organized, so subtle, so watchful, so interlocked, so complete, so pervasive, that they had better not speak above their breath when they speak in condemnation of it…” This accurately describes the fear that most Americans have of their own government.

Wilson continues in his progressive double-speak and identifies what he helped to successfully engineer:

Political power means leveraging the government machinery for purposes of control. Political control allows for politically mandated punishments but this has nothing to do with justice. This is why we have not seen any mainstream media outrage at the $135,000 fine levied against Sweet Cakes by Melissa. After all, it was “legally” assessed by an official bureaucrat. This means bureaucrats throughout the system “possess far more power over people than could be justified by any social contract–unless people are presumed to have implicitly contracted for their own destruction.”* 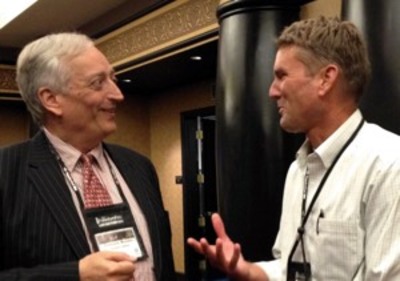