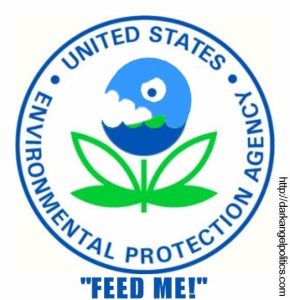 There only problem is consensus is not truth – Truth is truth.

Truth matches the real world. It is the way things are apart from man’s temporal interpretations.

Apples fall and sincere or empathetic wishing cannot make them stay aloft. Gravity is gravity, even while we sleep. Additionally, anyone can tinker, experiment or investigate this universal truth because 1) the mathematics and modeling provides a good representation of the world as we know it, 2) it has great explanatory power and 3) it has great predictive power.

If this sounds reasonable to you then, you are not part of the consensus movement. However, the EPA is vigorously using your own tax dollars to attract adherents to their world-view.  They are trying to recruit you and your kids.

Industry and special interest lobbying groups are regularly appointed to positions on the EPA’s Science Advisory Board. This policy of encouraging, or ignoring, biased judgments and conflicts-of-interest presents a hazard to the public-good and threatens the integrity of the entire federal bureaucracy.

Whether these tendencies lead only to ideological advances or monetary gains for the participants is irrelevant; it is the process which is corrupt.  Data does not arrive into the scientific endeavor with a toe-tag which provides the explanation. The interpretive activity must originate within the confines of the laboratory and it requires as much data scrubbing as possible to limit exposure to corruption.

The EPA’s agenda-driven regulations place an undue burden on vast swaths of American industry. In turn,  industry-wide compliance issues become even more ominous as the science behind the enacted policy remains secretive. During both terms of the Obama Administration there have been routine denials under the Freedom of Information Act (FOIA) for underlying documentation.

The EPA has purposefully avoided publishing scientific studies, policy discussions and regulatory options. This ultimately harms every state, industry or business entity which is striving to achieve palatable economic and environmental results.  This week,

The House of Representatives passed a bill intended to require the Environmental Protection Agency (EPA) to disclose the scientific research it uses to justify changes in its regulatory policies.

The bill passed Wednesday on a mostly partisan 241-175 vote, with its Republican supporters claiming the measure as the first step toward a win for transparency between the EPA and the American people. House Majority Leader Kevin McCarthy (R-Calif.) said the legislation will prevent the EPA from using “secret science” to underpin controversial rules changes.

“Right now, the EPA is trying to impose harmful regulations based on scientific studies that

no one can check — not the public, not independent scientists, not even the United States Congress,” McCarthy said. “It’s called ‘secret science’ and it’s wrong.”

President Obama has vowed to veto this legislation.

President Obama and the elites guiding these policy initiatives in Washington have cut loose from the underlying ideas embedded in our nation’s founding.  The most notable cast-off is the belief in an underlying moral order. As this foundational truth is abandoned any policy can be re-formulated to achieve any specific agenda driven preference. The result is a pragmatic approach to problem solving  which promotes irrational consensus simply to avoid “letting any crises go to waste.”

Any and all necessary environmental controls should be developed and owned by the 50 free and independent sates. For illustration, the health and future of Klamath Basin Watershed, where I live, should not be determined by legislators from rural Kansas, Gulf-coast Florida, or any of the other 50 states. At most this should be a compact between two states – California and Oregon.  The policy controls belong in the hands of local citizens not the denizens of power in Washington, DC, or Omaha, NB.

Our US Congress’ lack of adherence to the US Constitution and its limits on Federal power has enabled the EPA to continue in its bureaucratic overreach. Unfortunately, state governments obediently follow along in the hopes of receiving federal subsidies, grants, exemptions, or other regulatory niceties.

The EPA’s power-grab is gaining momentum under the current administration while Congress appears powerless in its demands for accountability. The statists in Washington are more than happy to shield the EPA’s agenda behind a mask of impunity among the elites in Washington.

It is time for us, as individuals to demand accountability from our representatives in Congress.  Americans must be willing to fight for the preservation of our constitutionally federated republican form of government where free-markets and environmental stewardship flourish under the twin-pillars of individual liberty and personal responsibility. 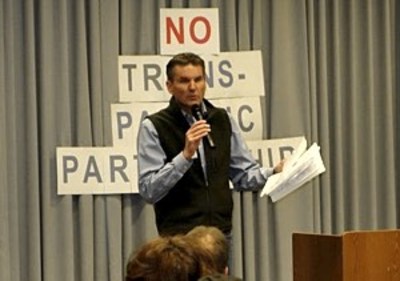