The Travel Management Plan comes from an agenda started 10 years ago. That’s when Republicans owned the executive and legislative branches of the federal machine. Yet, this debacle has been growing like a boil beneath the surface and is now, ready to explode. Is this what it takes to get Washington’s attention?

It’s easy to see that this bill is an attempt to score political points without creating real change. Mr. Walden’s bill re-enforces the root problem – a profound disconnect between the boots on the ground and the shiny shoes in the hallowed halls of D.C.  He makes the mistake of assuming that keeping power in the federal bureaucracy while giving purely political head-patting bonuses to county commissioners will fix the problem.

As a county commissioner, I can tell you right now that we need much more than this weak attempt – we need ownership, real-world budgets and the ability to open our forests to all kinds of uses without federal overreach.

It’s time for Oregon legislators and our US Congress to explore new options. I believe that we should be transferring all federally managed lands into the various jurisdictions where those lands are contained. We should be giving the resources back to the people with real action, not symbolic four-page bills.

In order to bring back economic vitality, we must sync Oregon’s immense forests with real-world, economic conditions at the local level. A bold strategy, like this, is the only solution big enough to insure the longterm productivity of our vast renewable resources. Washington’s bureaucratic management of natural resources within our state’s boundary is not serving our 2nd Congressional District interests. It’s time for a real change.

The hunters, packers, foresters, campers and OHV users who enjoy these forested areas of Eastern, Central and Southern Oregon, know the history of these lands and know better than others what proper care entails.

Let Oregonians bear the full responsibility for preserving these lands for future generations and allow each of us the privilege of “securing the blessings of liberty for ourselves and our posterity.” 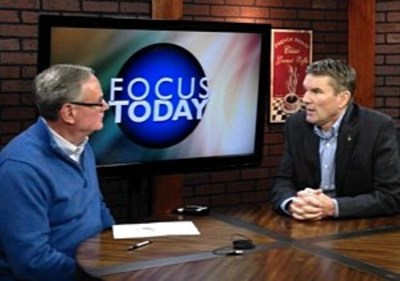