Here in my hometown of Klamath County, we are seeing a very similar chokehold on water rights, livelihoods and ranches that have been passed down for generations. Seeing politically-correct allies control the water and starve out family farms and ranches is heart-breaking and unjust. As Americans and as country folk, we believe we live in the land of opportunity, and we believe in the power of honest hard work. However, those ideals are slipping away. Will we bequeath an indebted, overgrown and overbearing police state to our children, or a land of freedom, opportunity and open sky?

I support the Bundy Ranch, not because they haven’t made mistakes or because their approach has been perfect, but because I think they are a touchstone for a serious debate in American life. I believe the bullying of small-business and rural America by the Federal behemoth has gone on too long. I think we need to demand that our public lands are actually returned to local control, not padlocked by some faraway bureaucracy for a politically-motivated reason. Oregon, let’s learn from the Bundys and start standing up for our own forests and land-rights, or the BLM will come knocking on our door, as well. As we’ve seen, they don’t ask nicely.

The Blaze: In His Own Words Here’s Why The Nevada Rancher Refuses to Recognize Federal Authority

The Dana Show: The Real Story of the Bundy Ranch

Brenner Brief: Cliven Bundy Stands Up Against BLM and Wins 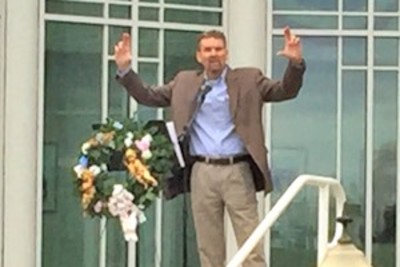