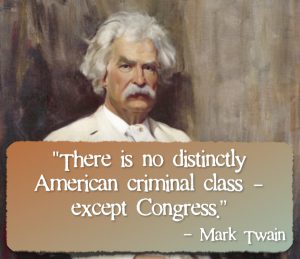 Hamilton continues by describing the exact events that we are witnessing in today’s Washington, D.C. He writes, “Those, therefore, who preach doctrines, or set examples which undermine or subvert the authority of the laws, lead us from freedom to slavery.”  This should remind you of the President’s efforts for executive amnesty, the EPA’s waters of the US or the administration’s purposeful destruction of America’s coal industry.

Unfortunately, only a handful of our so-called “representatives” in Congress are showing even a smidgen of the courage needed to withstand this statist onslaught.

For example, this summer Obama added more abuses under the Antiquities Act of 1906. The Antiquities Act was designed to allow U.S. presidents a swift method for protecting, “historic landmarks, historic and prehistoric structures, and other objects of historic or scientific interest” on federal lands.

Obama has single-handedly designated over 260 million acres of land under his warped interpretation of what should be “preserved.”  The federal government exercises jurisdictional responsibility for roughly 635-640 million acres, or 28% of the 2.27 billion acres of land in the United States and over 54% of the 12 western states. This means Obama has moved nearly one-third of that total acreage into this unique “wilderness” category. No drilling, no mining, no harvesting, no grazing, no fossil hunting or swimming with the kids without the appropriate paperwork from your federal overlords.

The amount of land moved by these Antiquities abuses is nearly four times the size of the sate of Oregon.  It should be obvious that this federal land-grab effort will not serve the public good and is an ideological bent that will ultimately destroy, not preserve our land.

The executive office should be stopped by one of the other co-equal authorities at the federal level, namely, Congress. Yet, if history is our guide, the judiciary will support these schemes and Congress will fund them.

It appears Congress is too busy looking for campaign contributions, quick legislative fixes that solve nothing, and finding enough money to fund all of the initiatives in the president’s budget. This Republican controlled Congress is complicit in funding unconstitutional executive policies, such as, Obamacare, Amnesty, the FCC and it’s takeover of the Internet, EPA’s destructive programs, the renegade operatives in the IRS, NSA, BOR, and the list goes on. Based on their voting records, it also appears that most members of Congress, Republicans and Democrats, don’t care about the Constitution’s original intentions.

Our Nation’s primary founding document, The Unanimous Declaration of the Thirteen United States of America, identifies the reason that governments exist. The reason is simple. Governments are formed among men for the sole purpose of securing the unalienable Rights of everyone. These Rights are granted to man by his Creator, not government. These rights are obvious, self evident and identified as “Life, Liberty, and the Pursuit of Happiness”.

The next sentence in the Declaration of Independence identifies two other Rights which are seldom referenced.

Notice, this power doesn’t belong to the President. It does not belong to the Executive, Legislative, or Judicial branches of government. It belongs to “the people” and we have these rights because God gave this authority to you and I.

President Obama doe not have the right to fundamentally transform the United States. Neither does Congress, nor does the Supreme Court.

These “rights” belong to the American people. We must not allow Congress to destroy our God-given Rights.

If the Republican controlled House disagrees with the absurd monument designations of federal land for historical purposes (Executive), or the EPA’s burdensome Power Plan (Legislative), or the recent Same-Sex Marriage fiasco (Judicial), why is the House funding the President’s artful designs for accomplishing these “fundamental transformations?”

The answer is as plain as the growth of the federal budget. They have become enamored with their own power and privilege. Alexis de Tocqueville described this destructive tendency in the mid-1830’s:

“[T]he sovereign power extends its arms over the entire society;
it covers the surface of society with a network of small, complicated, minute, and uniform rules,
which the most original minds and the most vigorous souls
cannot break through to go beyond the crowd;
it does not break wills, but it softens them, bends them and directs them;
it rarely forces action, but it constantly opposes your acting;
it does not destroy, it prevents birth;
it does not tyrannize, it hinders, it represses, it enervates, it extinguishes, it stupefies, and
finally it reduces each nation to being nothing more than
a flock of timid and industrious animals,
of which the government is the shepherd.“

Give your support to candidates who believe in open, accountable and limited government, the Constitution and the rule of law, and policies that promote the liberty and prosperity of all Americans – The House Freedom Caucus 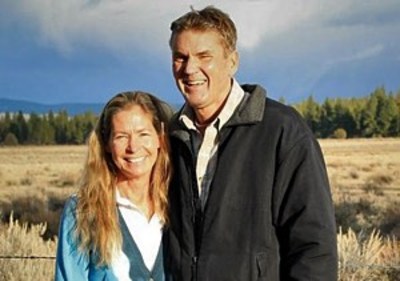